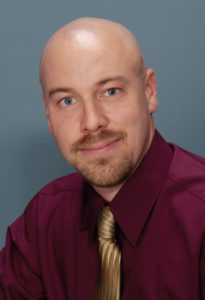 Jason is an avid outdoor enthusiast which is why he is so passionate about Summit County. He’s been enjoying Colorado’s Rocky Mountains since 1982, after moving here from a small town outside Madison, Wisconsin. He loves mountain living and spends his time off in the winter skiing and looking for fresh powder. In the summer he enjoys hiking, kayaking, 4-wheeling and photographing as much wildlife as he can come into contact with.

After cutting his teeth in the Front Range real estate market Jason realized that he wanted to do what he enjoyed, being a Realtor, in a place he was passionate about, Summit County. That passion has only grown stronger over the years. Jason has been told from a young age that he is a perfectionist, believing strongly that anything worth doing is worth doing right.  You can count on Jason to provide the highest level of service available in the county. The majority of his business is repeat or referral which speaks for the service he has provided to his clients over the years. 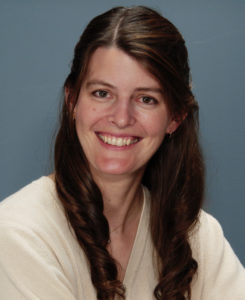 Meredith spent her childhood in the Kansas City suburbs, but has lived in the Colorado Mountains since 1989. After raising 2 children she decided to make some significant life changes and became a licensed Realtor. She joined her mother, Joanne Hanson, in running her real estate team in Summit County and has since taken over the business and is thoroughly enjoying this stage of her life. She loves mountain living!

Meredith enjoys helping people. Real estate is a great way for her to accomplish that. She loves helping people have great adventures in their lives or to move on to the next one. During the process she makes sure every client is not only satisfied but that their expectations have been exceeded.  She guides both buyers and sellers through the process getting them to the closing table smoothly and pleasantly.  Buying or selling your Summit County home should be enjoyable, not painful. Issues do come up from time to time which can be stressful. Meredith’s calm nature and problem solving skills help to minimize the disruption. Her focus is for you to achieve your goals while having an extraordinary experience that will leave you smiling.

Joanne spent nearly two decades selling real estate in Summit County, Colorado.  She built a successful team, The Mountain Living Team, and was eventually joined by her daughter, Meredith and son-in-law, Jason. Joanne has always been well known and respected by colleagues and clients alike.  She has a strong work ethic and well developed people and negotiation skills. She believes that continuing education leads to success. As a result of her great leadership, those traits have been passed along to her team.

Joanne officially retired from real estate in 2012 leaving the business in Meredith’s and Jason’s capable hands.  While she always found time to enjoy the mountain lifestyle, she is taking full advantage of her retirement and is skiing and hiking like never before.  Joanne loves mountain living! Joanne is also a local artist.  Her oil paintings can be seen in local galleries and have been featured on the Bach, Beethoven & Breckenridge event posters.  She paints local scenes and has recently branched out into ocean scenes from her native New Zealand.