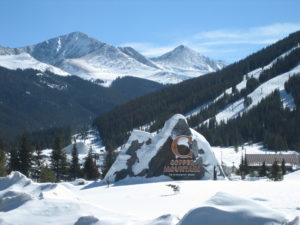 2015 was a year of significant improvement in the Copper Mountain real estate market.   Copper started the year in an extreme buyer’s market but thanks to a great summer and fall, ended the year in a balanced market.  Sales numbers were up 29.7% over 2014.  Median sale price increased as did the list to sales price ratio, and the number of days on the market dropped.

A balanced market means all of the properties on the market could sell at the current pace in five to seven months.  As that timeframe increases, meaning a longer time for the inventory to be absorbed, the market swings to a buyer’s market.  As that timeframe decreases, with a shorter time for the inventory to be absorbed, the market transitions to a seller’s market.  The absorption rate is impacted by both the supply and the demand of the market.  Copper Mountain began 2015 with 16.2 months of inventory, an extreme buyer’s market.  It gradually decreased throughout the year and ended with a 7.3 month supply; at the outskirts of a balanced market.

Sales are typically slower the first half of the year.  2015 only had 17 sales in the first five months.  Sales came on strong in the second half pushing the total sales just shy of the one hundred mark with 98.  These are much stronger sales than the 74 seen in 2014.  This year is looking much stronger than 2015 with 4 sales already this year and 9 more under contract.  2016 could be the year we hit 115 sales, the number of sales we had during our peak year of 2007.

During 2015, sellers were agreeing to sell their properties, on average, for 95.4% of their list price.  In 2014 sellers had to give away a little more selling for 94.4% of list price.  This ratio does not take into account any price changes that may have happened prior to the property going under contract.  The amount a seller will negotiate from their list price is typically driven by market conditions as well as the seller’s motivations.  In general, less negotiation can be expected in a seller’s market than in a buyer’s market.

As expected given the improving market conditions, properties at Copper sold faster in 2015 than they did the previous year.  The days a home spent on the market fell to a median of 137.  That is down from 2014’s median of 164, or approximately 5 ½ months.

Jason used amazing strategy for pricing, selling and acquisition of our next property. In this market this strategy is critical for success – especially with the buying process. Summit County real estate is a challenging market. We have bought and sold two properties and just bought our third. Jason and Meredith have been there for END_OF_DOCUMENT_TOKEN_TO_BE_REPLACED

You guys did an exceptional job for us and went the “second mile” in many ways. We were most impressed with Pro-active and involved interaction with us and everyone in the process. Your team was exceptional. Recommended many things for us to do, and then helped us do them. Followed up,, checked in, and helped END_OF_DOCUMENT_TOKEN_TO_BE_REPLACED

Great service- more forward leaning than previous realtors Most impressed with follow up, knowledge of local market, going the extra mile on document review and getting HOA questions answered. Good advice on price point, patience, and negotiations. Understandably you aren’t always available to look at properties, but in the crazy COIVD market there was one END_OF_DOCUMENT_TOKEN_TO_BE_REPLACED