Here in Summit County we are still feeling the effects of the winter’s fantastic snow! The Frisco to Copper RecPath hasn’t opened yet, we are still skiing, not really hiking or biking and the water in the lake is incredibly low. 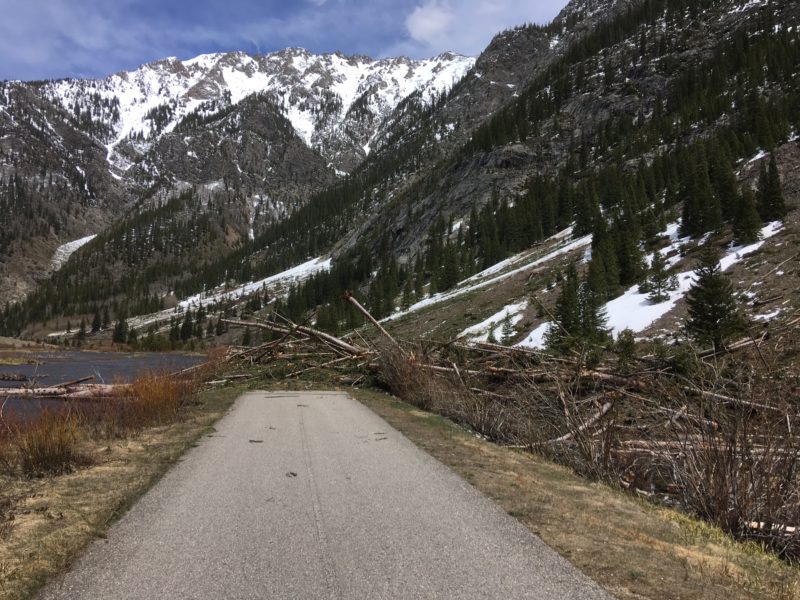 The avalanches we saw over the winter were not only a danger during the winter but have caused delays in opening the recpath between Frisco and Copper Mountain this spring. The rec path is covered with avalanche debris and compacted snow. The county is waiting for the Colorado Avalanch Information Center (CAIC) to tell them the avalanche danger has subsided enough to get contractors out there to clear all the debris. The month of June should be enough time to move the debris. Then if there is damage to the recpath , that will need to be repaired. Fingers are crossed that the Frisco to Copper RecPath will be open by July 1st. The Triple Bypass is planning to use that route on July 13th and there are many locals already itching to take their bikes up that stretch.

A-Basin and Breckenridge have both extended their ski seasons again thanks to an amazing winter. Currently A-Basin is open Fridays, Saturdays and Sundays through June 23rd. I am expecting them to extend that a couple more weeks so we can ski on the Fourth of July too. Breckenridge Resort is open one more weekend, June 8th & 9th, for skiing before opening summer activities on the 14th.

Hiking is more difficult than normal with most of our trails still snowpacked. We are resorting to some of the early melting trails like Tenderfoot and Oro Grande. I heard Salt Lick was in pretty good shape too. We may be using our cat tracks until late in the season to hike some of the higher elevation trails. The wildflowers will be later than normal but when they do appear, should be phenominal!

Low Water in the Lake

Denver Water has been anticipating a high level of run off and has Lake Dillon at very low water levels right now. Meanwhile, the Frisco marina has been dredging the lake where the boat slips are to make them more accessible during low water times. Once the snow melt fills the lake back up, kayaking, SUP and sailing should be great again.

The winter snow is still causing Summit some trouble into June. I think most of us will agree, we would deal with this every year if we could get snow like that!