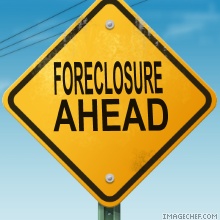 After the owner of a Mesa Cortina home was recently convicted of theft and sentenced to prison time, the Summit Daily reported that house payments were no longer being made and the property will likely go into foreclosure.  It’s still possible that the home could be sold and any equity could pay back the victim of the theft.  The court or home owner would have to initiate that and I’m not sure either will be happening.  The homeowner’s arrest happened in December, so there could already be five months of missed mortgage payments.  I would expect we’ll know in the near future if the foreclosure process has begun.  If the property goes into foreclosure, additional steps must be followed so it will take some time before the property is up for sale.  If no one buys the home on the courthouse steps, the bank will take possession and it should be listed for sale shortly afterwards.

There are a lot of unknowns and assumptions being made here so we’ll have to keep watching this possible foreclosure in Mesa Cortina to see how it plays out.

Speaking of foreclosures, the Red Mountain Grill is also facing foreclosure on their building.  That’s another one we’ll be keeping an eye on.

Jason used amazing strategy for pricing, selling and acquisition of our next property. In this market this strategy is critical for success – especially with the buying process. Summit County real estate is a challenging market. We have bought and sold two properties and just bought our third. Jason and Meredith have been there for END_OF_DOCUMENT_TOKEN_TO_BE_REPLACED

You guys did an exceptional job for us and went the “second mile” in many ways. We were most impressed with Pro-active and involved interaction with us and everyone in the process. Your team was exceptional. Recommended many things for us to do, and then helped us do them. Followed up,, checked in, and helped END_OF_DOCUMENT_TOKEN_TO_BE_REPLACED

Great service- more forward leaning than previous realtors Most impressed with follow up, knowledge of local market, going the extra mile on document review and getting HOA questions answered. Good advice on price point, patience, and negotiations. Understandably you aren’t always available to look at properties, but in the crazy COIVD market there was one END_OF_DOCUMENT_TOKEN_TO_BE_REPLACED