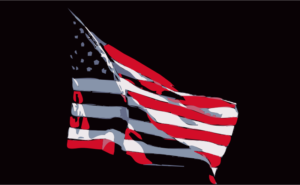 Memorial Day weekend is typically a weekend of family get-togethers that often include camping and barbecuing.  This year’s May weather has dampened Memorial Day plans for many.  An abundance of rain and cooler than normal temperatures have caused campgrounds and hiking trails across the Front Range to close for the holiday weekend.  So what’s a family to do?  All that rain has been in the form of snow at elevations around 10,000 feet.  That’s the perfect elevation for the one ski area still open in Colorado, A-Basin. Hit the slopes this Memorial Day!

Arapahoe Basin manages to extend the ski season well beyond the mid-April closing dates of most ski areas.  Some years you can still ski on the 4th of July and on occasion, all the way into August, if you can believe that!  A-Basin is slated to close June 7th this year; at least that was the plan until all this May moisture.  They are now considering abandoning that closing date and staying open later into summer.  Spring at A-Basin always include concerts, festivals and fun.  Every weekend in May features concerts in the Shakin’ at the Basin Concert Series.  Memorial Day weekend is no exception.  Saturday’s concert is Wash Park playing at the base from 1-4:00.  Sunday’s events include a rail jam, concert, and a beer festival.  Hit the terrain park to take part in the rail jam at 11.  Then you can enjoy Funky Johnson’s music while trying a variety of craft beers from brewers across Colorado.  The 14th Annual Festival of Brewpubs is A-Basin’s largest party of the year.  For a nominal price you get a souvenir mug and are able to taste beers from the 11 participating breweries.

Hit the Slopes this Memorial Day

Oh, and don’t forget about all the snow.  Head up on the mountain and enjoy that too.  Most of the mountain is still open with fantastic conditions.  By now most of us have traded our skis and boards for bikes and golf clubs but it’s been so hard to use those this May.  It’s time to give in to Mother Nature and go with the flow, or should I say go with the snow.  Strap on the skis and boards and hit the slopes this Memorial Day.  You won’t be disappointed!

Jason used amazing strategy for pricing, selling and acquisition of our next property. In this market this strategy is critical for success – especially with the buying process. Summit County real estate is a challenging market. We have bought and sold two properties and just bought our third. Jason and Meredith have been there for END_OF_DOCUMENT_TOKEN_TO_BE_REPLACED

You guys did an exceptional job for us and went the “second mile” in many ways. We were most impressed with Pro-active and involved interaction with us and everyone in the process. Your team was exceptional. Recommended many things for us to do, and then helped us do them. Followed up,, checked in, and helped END_OF_DOCUMENT_TOKEN_TO_BE_REPLACED

Great service- more forward leaning than previous realtors Most impressed with follow up, knowledge of local market, going the extra mile on document review and getting HOA questions answered. Good advice on price point, patience, and negotiations. Understandably you aren’t always available to look at properties, but in the crazy COIVD market there was one END_OF_DOCUMENT_TOKEN_TO_BE_REPLACED