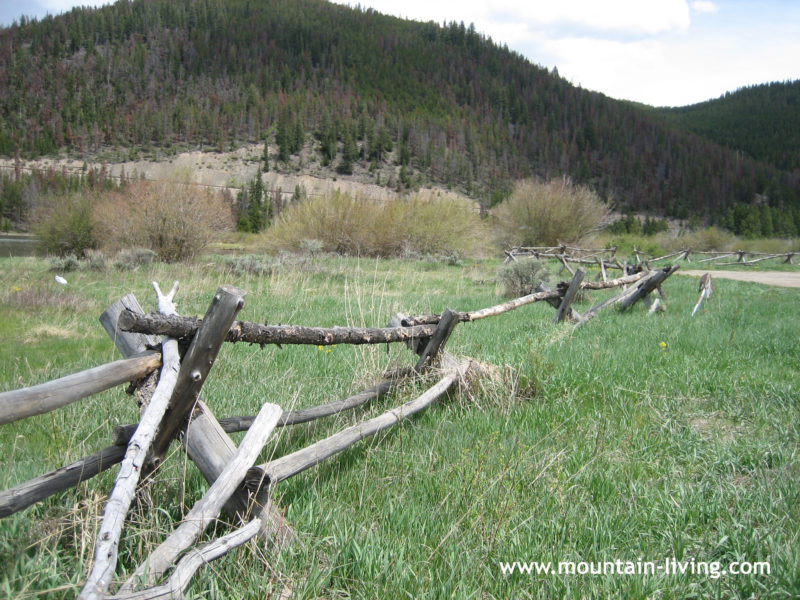 Last week I was talking with a friend of mine about a parcel of land called the Giberson Preserve.  It is one of Frisco’s last truly beautiful parcels of privately held land still in its original state.  The Continental Divide Land Trust (CDLT) holds a conservation easement on it so that it can never be developed.  When I told my friend that I thought the conservation easement was a good thing, her comment was, “that is a strange thing for a Realtor to say”.  Realtors seem to have a reputation that we always want to develop land, and that is far from the truth.  I was active for a number of years on the board of CDLT and still support it as a sponsor for many events.  The current president of the organization is also a Realtor.  I just can’t imagine how ugly that beautiful hayfield and hillside behind it would be with condo complexes all over it!

Today there is a push to put a road over or near the Giberson land, so that the residents of Wildernest and Mesa Cortina can access the businesses and restaurants in Frisco more easily.  I understand that it is the Frisco business community behind that drive, under the guise of better emergency egress from the two subdivisions.  The road would split Forest Service land so that it is no longer contiguous.  That is usually the kiss of death, for fingers of Forest lands that reach into developed areas are often put on trade lists and end up being developed themselves.

The History of Giberson Ranch

Let me me give you a little history, as I understand it, about the Giberson Ranch.

The Giberson family is an old Summit County ranching family, and much of their 720 acre ranch consisted of land that now lies beneath Lake Dillon.  Giberson Bay, in Frisco, was part of their ranch.  When the land was condemned and used for Lake Dillon and I-70, they were told that condos would not be built around the lake. It would always be owned by the Denver Water Board.  In the 1990s the Water Board sold the land between the lake and the highway to developers. As a result it became home to several condo complexes.

I have been told that Howard Giberson said that he would not allow that to happen to the rest of the ranch.  In 1998, to keep it from ever being developed,  he put the conservation easement on it so that years from now it will still look as it does today.   The 174 acres is still private property and does not have public access.

A couple of years ago, a beautiful ranch in the Carbondale area, near Aspen, was cut up into 35 acre parcels and sold by the heirs of the estate so that they could pay the taxes on it.  It was not what they wanted to do, but as developable land, the taxes were beyond their ability to pay.  I still remember seeing news reports of them crying as they sold the land at auction.  I wished that someone had told their family about the advantages of conservation easements and how it benefits everyone.   Putting a conservation easement on the land removes the development rights and thereby lowers the taxes, and it also gives the current owner huge tax breaks.  In some cases, the landowner can even sell their tax credits to other taxpayers for cash!

There are 13 homes sites at the edge of the Giberson Preserve that are not part of the easement.  They were reserved for family members.  A couple of the family members have sold their lots so not everyone living up there now is a Giberson, but the road is still private.   Defending the ranch itself from future development of any sort is now the Land Trust’s duty.  It may be that one day they will have to use their defense fund and fight for this ranch. Working hard defending Howard’s wishes that it always be a beautiful part of Frisco’s landscape, not just another hillside full of condos and townhomes.

Jason used amazing strategy for pricing, selling and acquisition of our next property. In this market this strategy is critical for success – especially with the buying process. Summit County real estate is a challenging market. We have bought and sold two properties and just bought our third. Jason and Meredith have been there for END_OF_DOCUMENT_TOKEN_TO_BE_REPLACED

You guys did an exceptional job for us and went the “second mile” in many ways. We were most impressed with Pro-active and involved interaction with us and everyone in the process. Your team was exceptional. Recommended many things for us to do, and then helped us do them. Followed up,, checked in, and helped END_OF_DOCUMENT_TOKEN_TO_BE_REPLACED

Great service- more forward leaning than previous realtors Most impressed with follow up, knowledge of local market, going the extra mile on document review and getting HOA questions answered. Good advice on price point, patience, and negotiations. Understandably you aren’t always available to look at properties, but in the crazy COIVD market there was one END_OF_DOCUMENT_TOKEN_TO_BE_REPLACED